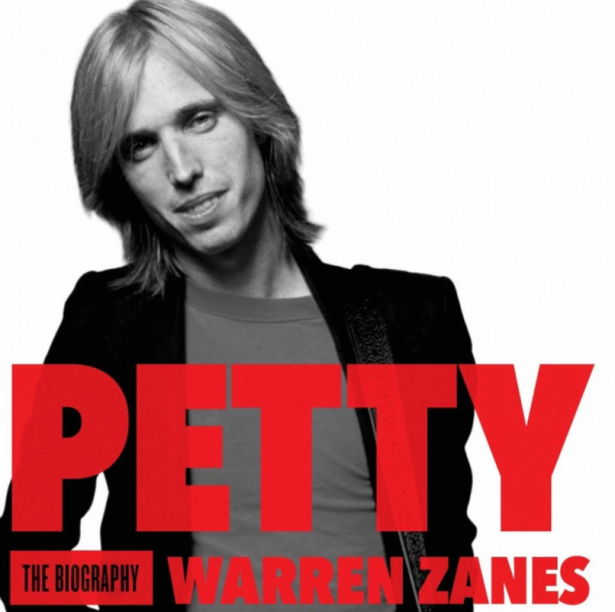 I’m reading Petty by Warren Zanes right now – the new Tom Petty biography written by the guitarist from The Del Fuegos.  Actually I’m listening to the audiobook, which I consider the same as reading, though my wife vehemently disagrees.  I prefer audiobooks to be read by the author as opposed to some voice actor – unless the author is a terrible narrator. But Warren Zanes is actually quite good – both as a writer and a reader of his work.  Reading Petty has me diving deep into Tom Petty’s oeuvre, and it’s a rewarding re-discovery. This is one of the best things about being a total music geek. If you truly love an artist’s work, you can rediscover it many times in a lifetime. You hear it differently at different stages in life. This time around it’s Wildflowers that really knocked me out. Good God, what a perfect album! It’s depressing to learn that it’s his divorce album, but I guess it’s sort of obvious when I focus on the lyrics. It’s the sort of work that only comes from a mix of incredible craft and profound emotion.  It’s the sort of later career record you hope for from every major talent…and rarely get.

It’s funny to think about now that I’m such a huge admirer of Tom Petty’s music, but it really surprised me back in the late 1990s when so many reviewers compared my album Vestavia to Petty. At that point I really hadn’t listened to much of his music, other than the exposure from so many of his songs being so ubiquitous on FM radio and just living in the world.  When I discovered punk rock, Petty was just another AOR rock dinosaur in my mind; and though I enjoyed Full Moon Fever, the production seemed fussy and synthetic to my ears.  I do remember, however, making an important connection as an adolescent.  I was mostly into hard rock at the time, and mostly into drums rather than songs – but I would buy practically anything from the dollar album bin at Ozarka Records in downtown Bloomington.  The dollar bin was mostly promos of unpopular albums, or slightly (sometimes severely) damaged LPs that could fetch a much higher price in good condition. I bought the ones that were just a little messed up, and that amounted to more than half of my LP collection.  One of my dollar bin scores was Damn The Torpedoes, which I listened to a fair amount around 1980.

I noticed that Refugee took its cues, both vocally and in terms of arrangement, from early 70s Dylan, specifically the live Dylan and The Band album Before The Flood, which my dad owned and listened to constantly for a couple years in the mid-1970s.  I was super excited to make this connection, and I wanted to share it with my dad.  So I asked my dad what he thought of Tom Petty and he said, “Well, I don’t really know much about Tom Petty.” I later learned that’s what my dad would say when he didn’t like or didn’t think he’d like an artist, but he should have been more careful with his word choice because I would set out to educate him about the artist in question, which was usually a giant waste of time.  Here’s how it would go.  Me:  “Dad, do you like ZZ Top?”  Dad: “Well, son, I don’t really know much about ZZ Top.” Me: “Then you need to start with Tres Hombres, their best album, though my favorite song is Tush off of the live Fandango album and [on and on]”  Actually I did manage to convince him about ZZ Top, which he correctly identified as a fairly traditional blues band (at that point), though I didn’t have the same result with .38 Special or The Cars or Queen or Aerosmith or even The Misfits or Black Flag years later.  Dad had great taste – our tastes are almost identical these days – though he had a blind spot for hard rock and, for that matter, most punk.

So I played my dad Refugee and there it was, Petty’s nasal drawl, Benmont’s soaring organ, the gritty, chiming guitars, the backbeat – I can still hear it for sure, especially in the version of Like A Rolling Stone.  “Sure,” he said.  “I see what you mean, I just don’t think it’s nearly as good or as interesting.”  End of conversation; roll credits.  But it was one of the first of many such conversations to follow, sitting with my music fan dad (who is, as an English professor, a lyrics guy) and really talking about music.  Making those connections is what being a music fan is all about.  Now it’s obvious Petty was channeling Dylan and The Band – just as much as it’s obvious in his early work he was channeling The Byrds and The Flying Burrito Brothers.  Making those connections is exciting, and it was thrilling for me, at age 12 or 13, to have that insight.

I wonder how my dad feels about it now.  I wish I’d reintroduced that conversation when he visited last weekend, 35 years later – and I suppose through the miracle of social media I can just send him a link and say “?”.   It’s hard to even contextualize that conversation now; that moment of Damn The Torpedoes breaking on radio was the first moment most of us knew about Petty, and now he is rightfully established as a towering figure in the music world, and certainly one of the most consistently brilliant catalogues of any singer/writer in the rock era.

I’m learning from the book that he was obsessively dedicated to the pursuit of writing great songs and making great records – often at the expense of having much of a life outside of those pursuits.  I am so grateful to the handful of artist like Petty, whose dedication and sacrifice to making incredible music does so much to enrich my life – and the lives of so many others.  If you’ve read any reviews of Petty you know he opens up to Zanes about his drug use and isolation.  I personally don’t care about that shit at all.  Highly creative people have a hard time in life, that much is clear. I love reading their stories because people like Tom Petty were never successful adolescents – they are always outcasts who are misunderstood until they are finally able to connect the dots and really share their gift with the world.  And then it becomes about fame and the pressure of living up to the promise of their previous work. No matter how successful they become, they must keep releasing quality work or become a footnote or, worse, a laughing stock. If someone is able to navigate that world, under constant scrutiny, and keep producing great work that brings joy to millions?  Then that person is a fucking hero.  Much love and respect to you, Mr. Petty.  Thank you for the music.